I have been a performer my whole life.

I remember how proud I was to land my first big acting gig playing The Sheep in The Cactus Christmas Tree in 1st grade. I knew I had found my passion when I landed my second big gig as Ducky Lucky in Chicken Little and The Day the Sky Fell in 3rd grade. I discovered the drive I had to perform when I basically annoyed our director into letting me play Eponine in a majorly abridged Les Miserables in 7th grade.

That’s my acting resume; however, I’ve been a performer even before my first official shows.

I learned at a very young age that all you needed to perform was a stage, and there are stages everywhere. My first actual performances were made up dance numbers, bits, and skits (yeah that’s what we called them back then), which I used to do to entertain my sister while she was using the bathroom. I found performance opportunities wherever I could get them; unfortunately, people started shutting the bathroom door.

Time (and a slew of shows in high school and college) went by and I found myself in New York City craving a stage. I just wanted to perform. I took every role that was offered. At a local Bodega, my NYC debut took place. I was a robot attending every audition–whether it was right for me or not.

A friend, who is also a casting director, called me in for a commercial audition. I was asked to improvise making my favorite meal. I walked in and there was an empty table in front of me. I panicked. I flailed. I panicked and flailed and made an invisible grilled cheese sandwich.
I hadn’t performed in a long time, I was burnt out, and I had forgotten how to play.

I didn’t book the role.

But, my casting director friend was super kind and gave me some feedback. She matter-of-factly told me, “Dana, I will never call you in again until you take some improv classes.”

So I signed up.

It was the end of 2009 and I showed up to my first Level One PIT class with the supremely talented Nate Starkey. It was a Monday at 7PM. Eight weeks went by and I was hooked. I signed up for the next available Level Two class on a Monday at 7PM which happened to be taught by one of my favorite improvisers of all time, Ashley Ward. Eight more weeks went by and I was in Level Three without missing a single Monday. Levels Four and Five immediately followed. I was completely hooked and graduated about a year after I began my improv training.

Here’s why I was so smitten with improv: I had become a performer again. With my newly found improv skills, I re-discovered that there were stages everywhere. I was busting down the metaphorical closed bathroom doors in my world and remembering how to play.

It has now been almost a decade since I fell in love with improv, and I can’t even imagine my life without it. It is my creative outlet and the lens through which I see the world. Improv and I have our ups and downs, and it really takes a lot of work to keep things at their best between us just like in any relationship.

I have been a performer my whole life and now I am also a teacher.

I’ve been teaching improv for about 7 years now to people of all ages, and I joined the faculty here at The Peoples Improv Theater a couple years ago. What an extreme honor it is to teach at my home theater where I used to spend Monday nights learning the art from my improv heroes.

Tonight I started teaching a new level one class.

There are a lot of nerves and anticipation in that room on the first night. So many of the new students have been saying to themselves, “I should take an improv class,” for a long, long time and the time has finally arrived. People are scared and excited and hoping that they have made the right choice to be there, and I am scared and excited and hoping that I can prove to them that they have.

My first day of level one focuses on this idea that YOU IS ENOUGH. I heard someone say that once in a class (how most things are passed down in improv) and it resonated with me so I pass it forward to my students. Each one of us, without anything added, just as our truest self, is entertaining and worthy of a stage. Turns out it’s right, and by the end of class one I think they’ve all discovered that YOU IS ENOUGH is true for all of them.

Tonight I fell in love with a new level one class.

In that room, some people re-discovered that they are performers just like I did a decade ago. I am so excited to see where this 8 week journey takes them and what they will do next. I hope this experience will mean as much to them as my classes meant to me.

In that room, some students discovered that they were worthy of a stage for the first time ever. Performers were born over the course of three little hours. It was beautiful and I am thrilled for these students to get comfortable and hopefully fall in love with the stage, improv, and the freedom that comes with being able to let go and just play. It is never too late to fall in love with something new. All you have to do is FOLLOW THE FEAR as it is written on the walls of our theater.

I have been performing for the last bunch of years on Monday nights; however, next month I’m starting teaching a new level one class instead.

Improv Class Mondays, I’ve missed you, and I can’t wait to have you back. It truly has come full circle with us, and I couldn’t be any more excited for our future together.

Let’s keep making it work because YOU IS ENOUGH. 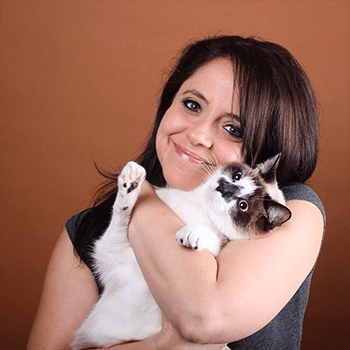